This project explored, raised awareness and celebrated positive ageing in Greater Manchester: challenging traditional stereotypes of older people and the negative way they are often portrayed in the media and society.

Winning images from a photography competition featured diverse representations of older people. Over 100,000 people across the city saw them exhibited on digital billboards outside supermarkets. 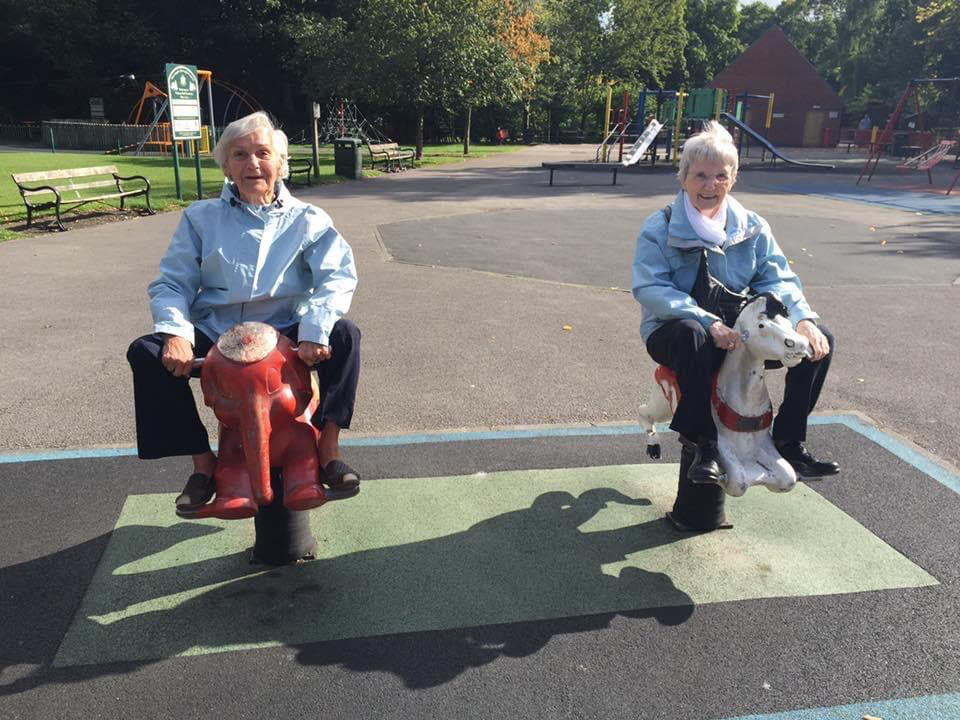 When you see an article about older people in the press, it is often accompanied by a photo of someone who looks vulnerable or frail

and there will often be at least one wrinkly hand in the foreground. Is this how the great diversity of over 50’s in Greater Manchester see themselves?

The Greater Manchester Older People’s Network was first established in 2015 for a better representation of older people and to hear their voices. Network members wanted to address these stereotypes and questioned:

Q. What image is portrayed of older people in the media and society?

Q. How do we want to be represented?

Once you examine representations of older people in the media or in advertising, you quickly start to see really pronounced themes emerging. Many are profoundly negative. One of the most challenging themes in recent years has to be ‘the burden’ of an ageing society. A young generation seeing their future ‘sacrificed to protect the elderly’ was a prevalent storyline of the COVID-19 pandemic.

Older people are as unique and often as active as younger people, and the conventional depictions of older people come across

as alienating for the majority of the older population.

The problem seems to start close to home for the communications industry. 54% of those who had worked in marketing and advertising for 15 years or more had encountered ageism in one form or another (footnote: Agency culture and employment Report (2019) Digitday+).

One in four are now over 65 and are a huge market.

Older people are active people and have fun. We don’t feel different inside as we are getting older.

Old Frame New Picture was launched to celebrate the diversity of older people’s lives and their contributions to society. It comprised a photography competition aiming to challenge the negative and stereotyped ways in which older people are represented.

Professional and amateur photographers submitted photographs – all including at least one person aged over 50 or by a photographer over 50. Photos were in six themes:

The photographer or the subject were all from Greater Manchester

‘We want Greater Manchester to be the best place in the UK to grow old, but the last few months have been particularly difficult for older people. However, older people have also led volunteering efforts in their neighbourhoods, have remained active and resilient, and they have contributed so much to our communities.’
Cllr Brenda Warrington, Greater Manchester lead for age-friendly and equalities

‘As communicators, marketeers and storytellers we should be giving this narrative of life’s great journey more consideration than we currently do. What image do we portray of older people? Is our creative gaze a genuine and honest one? Are there clichés, tropes and misrepresentations that we need to
counter? The answer to all these questions is of course yes.’
Steve Connnor, Creative Concern 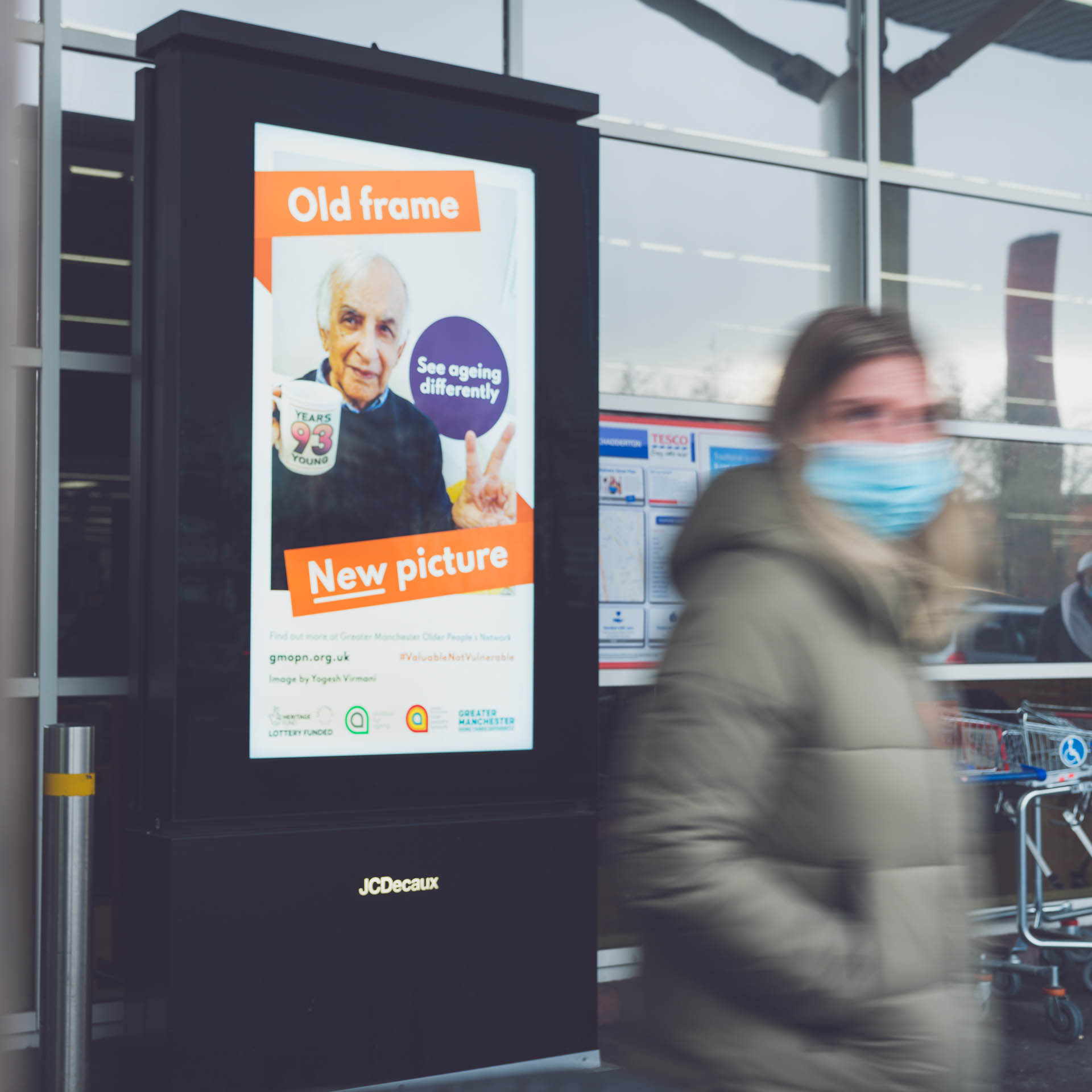 Six winning entries featured in a digital billboard campaign across Greater Manchester as well as appearing in an online exhibition, featuring in a set of printed postcards and is available to not-for-profit organisations for use in marketing and communications.

Old Frame New Picture has been able to offer different perspectives on positive ageing and championed creative activity as an important part of life, demonstrating that anyone can be creative. It provided a positive focus for representations of older people during the pandemic and a valued opportunity to participate.

To explore the issues surrounding positive representation further, the project hosted an online symposium event looking at ageing and the media. The event reached a local, national and international audience from academia, the voluntary sector, health and care, culture and older people themselves.

Marketing, PR and campaigns Agency Creative Concern were inspired by the project to develop ADAGE; a new agenda for marketing, advertising and communications for, to, and about older people. This manifesto for change encourages better creative communications, with a stronger audience connection, to a segment of society that is growing, which matters, and which has significant spending power and political impact ADAGE includes a proposal for a five point charter for the creative sector in representing older people:

1. Proactively increase the positive visibility of older people
2. Counter cliches and stereotypes that are woefully outdated
3. Forensically tackle language that is loaded with disempowering negatives
4. Don’t make age an issue if it doesn’t need to be
5. Tackle ageism in our industry with equal weight to other forms of discrimination.

ADAGE will be launched by Creative Concern and GM Ageing Hub in autumn 2021.

This work very much reflects Greater Manchester’s bold ambitions to ensure the city region is the best place in the country to grow up, get on and grow old. Intrinsic to this work is creating a new modern and positive narrative around ageing, recognising that older people are assets and make a valuable contribution to the city region.

As the UK’s first age-friendly city-region, Greater Manchester is committed to becoming one of the best places in the world to grow old. We know this includes having a modern and positive narrative on ageing that emphasises the contribution older people make. Ageism affects us all – now is the time to change the way we think and talk about ageing.

Inclusion and representation of diversity was at the heart of the Old Frame New Picture approach. To effectively showcase older people and their experiences, projects need to reach a diverse range of people. For example by:

It was a very important creative project to get us through the pandemic. I took a photograph of my partner who plays intergenerational stuff, he plays drums.’
Sabrina Fuller, artist

COVID-19 presented many challenges to the project but it was still successfully delivered by redesigning to respond to the ongoing situation. This demonstrated the importance of creative thinking, having a diverse team and being able to adapt and respond to different situations.

Part of this redesign was online delivery which helped the project to reach a wider and more diverse audience than it would have.

New Frame Older Picture has created a library of images of older people which Greater Manchester organisations can ask to use. This provides a much needed resource of realistic and relevant photos of actual older people living in the city region. 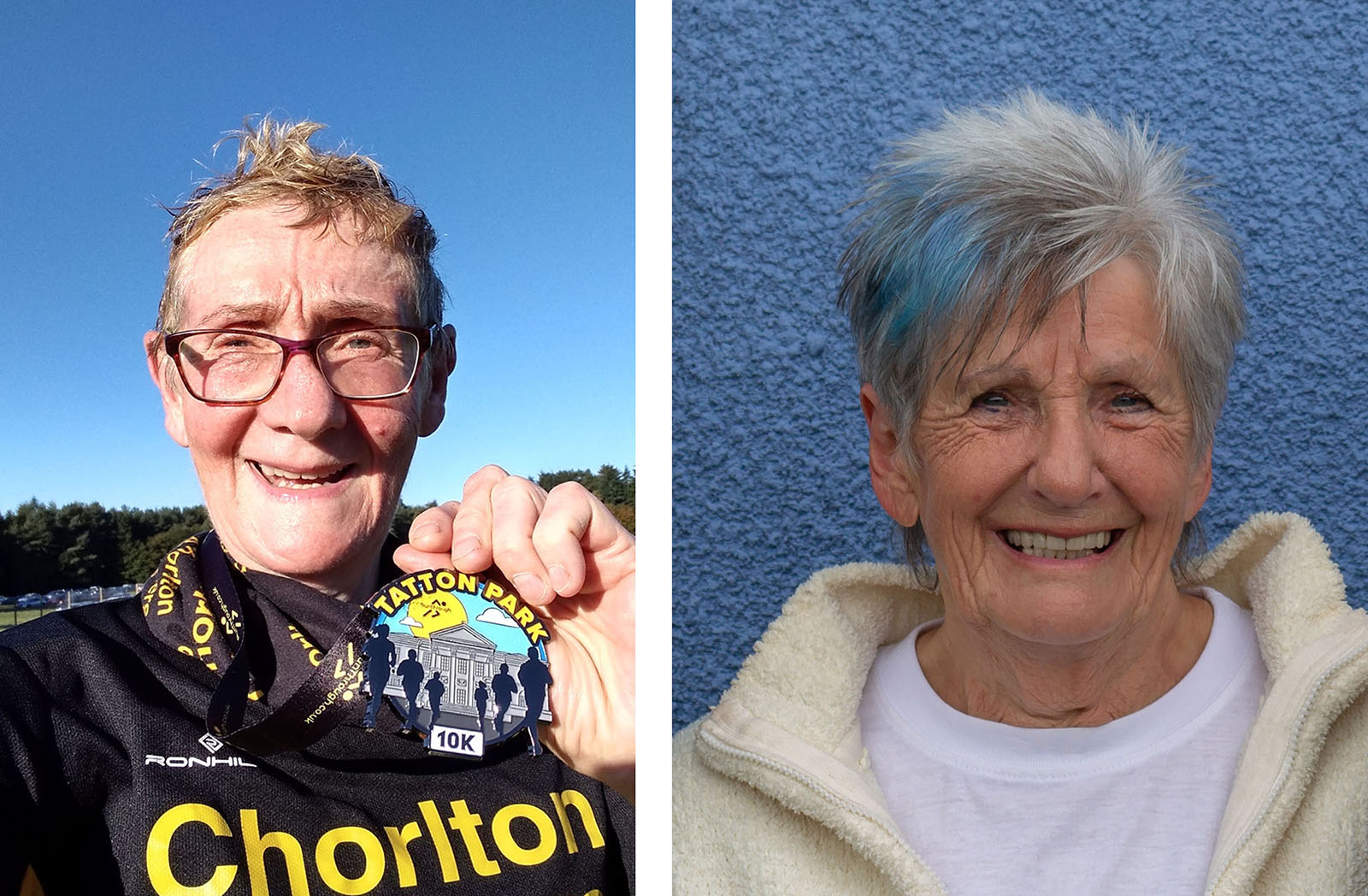 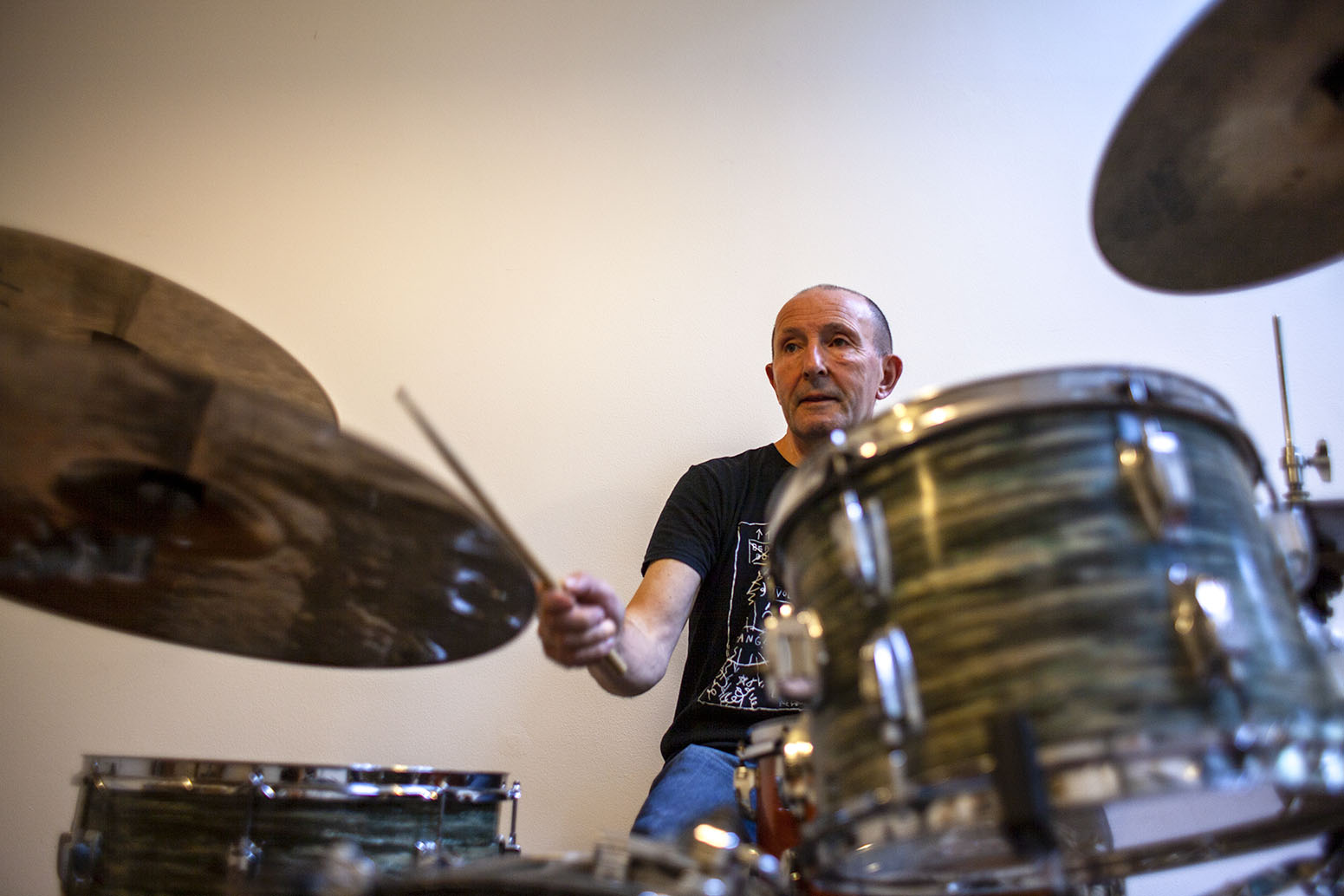 ‘The Old Frame, New Picture project has played a key role in helping us to redefine what older age is and can be. In these challenging times, I can only salute the agencies that are producing this high-quality and influential work.’

Back to Creative Ageing