How could we establish a vibrant Creative Health network in Tameside, working with the voluntary sector, subsidised arts and cultural organisations and community groups?

We wanted to demonstrate that, with a small amount of investment, it was possible to establish a trusted, creative social prescribing offer.

Whilst social prescribing was well established in Tameside, with dynamic leadership by the voluntary sector, very few people were being referred to creative activity. The reasons were complex; link workers were largely unaware of a local creative offer and many creative groups were nervous of social prescribing; there were questions and concerns from group leaders such as “if someone is referred to our choir and has anxiety, how do we deal with this?”

‘I promote social prescribing because it compliments and helps our patients alongside traditional treatments and therapies we offer. We have so many amazing resources in our community that help to address the needs of our patients in ways that we couldn’t otherwise address.’

A lack of infrastructure and networking opportunities meant that the creative and health sectors rarely came into contact with each other. There was no ‘eco-system’ to support a creative health offer for local residents. 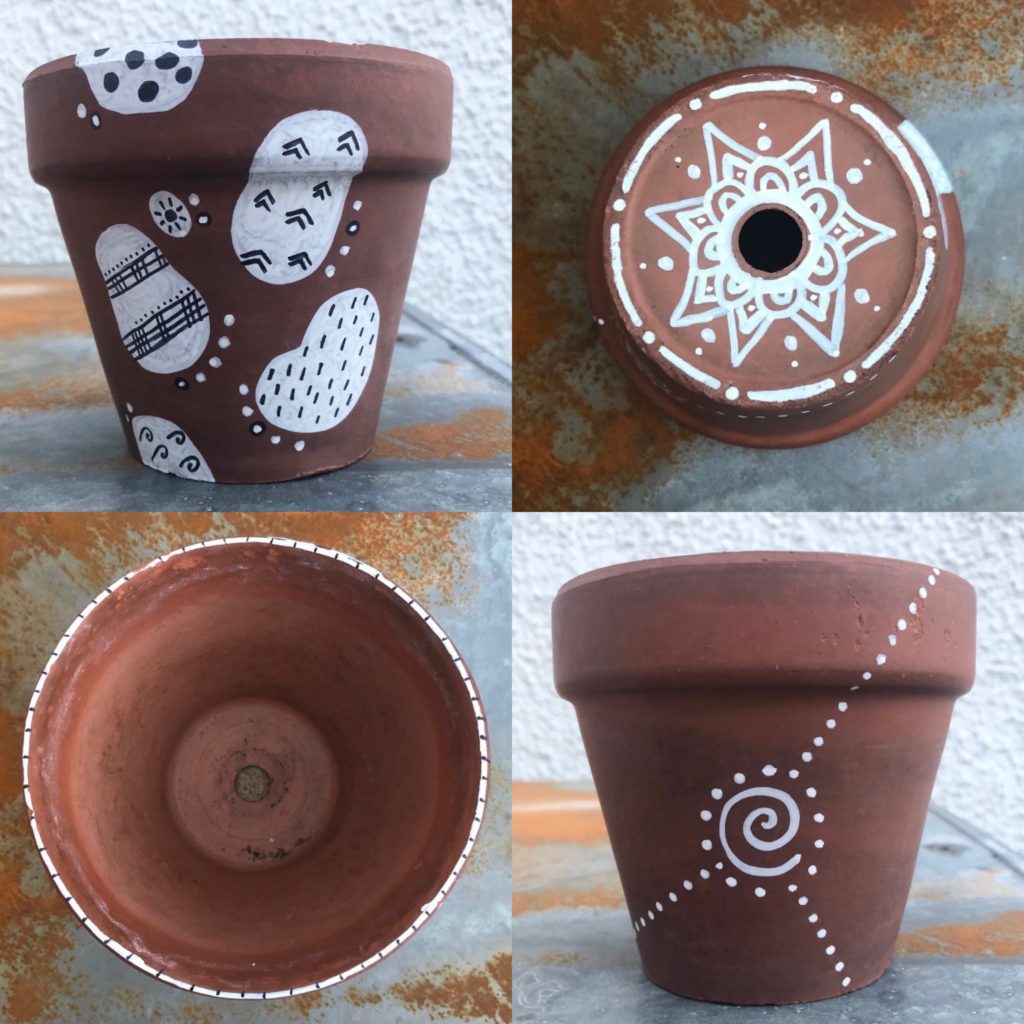 ‘These opportunities can help reduce social isolation, increase self-confidence, help people get back in touch, and give them a purpose in their life.’

The project started by mapping the existing cultural and creative offer in Tameside.

A partnership with Action Together and their community development workers meant that the project was able to engage the many volunteer-led and community based groups. For example, we discovered that there were 10 choirs, all led by amateur musicians.

A needs and strengths analysis identified those organisations that could function as anchors for the others, providing mentoring, training and support.

In February 2020, we brought the new network together to explore our findings and to co-produce a vision for creative health in Tameside and a sector development action plan.

‘I learned about other creatives living on my doorstep. I found out about the Tameside wellbeing grant, which has potentially given me my first break, into the world of Arts wellbeing facilitation.’

Artist & recipient of a micro-grant

Over the next 12 months, a series of online Creative Conversations led by local organisations (where possible) took place around the themes of funding, evidence and evaluation, digital inclusion and partnership working. This gave lead organisations income during the pandemic and the chance to network with other local creatives.

A Facebook group kept the group connected and regular newsletters were produced with practical tips, ideas and opportunities. The network grew to 87 individuals and organisations including artists, health workers, arts organisations and community groups.

Advocacy and marketing were identified as a barrier to growth for members, so a film was created for health professionals to demonstrate the health benefits of creative engagement. It featured local artists and a local GP. 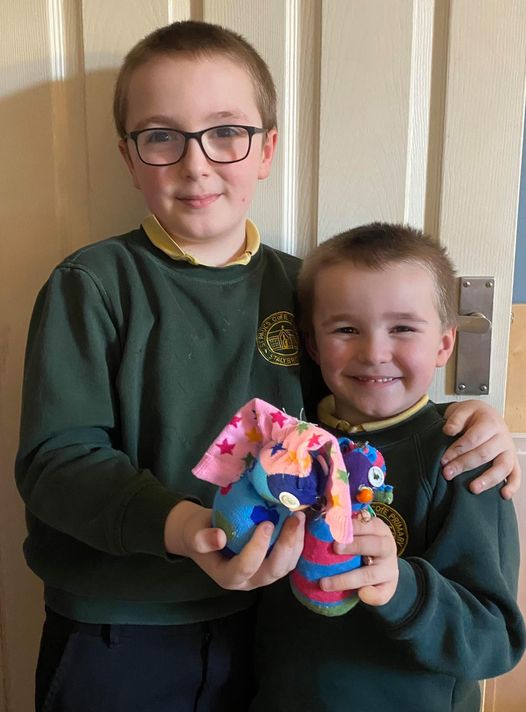 A local graphic designer was funded to provide a number of design hours and groups were invited to bid for these to facilitate the creation of marketing materials.

To stimulate the development of more creative health activity, we awarded micro grants (up to £1k each). By working with Action Together, we were able to reach a diverse mix of community-based organisations and create new relationships between the cultural sector and local community groups. Participants included people with long term health conditions, adults with mental illness, veterans, over 55’s, people who were shielding, NHS staff and key workers, neuro-divergent young people, adults with learning disabilities and families. They involved a mixture of online workshops and resources sent to people’s homes and included pottery, craft, visual arts, drama and music. Several of the organisations and groups had never applied for funding before whilst others had never engaged with creative practitioners.

The local authority and Arts Council England are now working with these groups and the wider network as they continue efforts to develop the local cultural and creative infrastructure. These connections, alongside the continued support offered Action Together to local organisations, mean that the sector will continue to grow and local residents will see more and more opportunities to improve their health and wellbeing by getting creative.

The project has demonstrated how a creative eco-system can support a community.

Publicly-funded arts organisations can work alongside community groups, health professionals and local residents to improve wellbeing in their local area.

‘Where I’ve referred patients to creative activities under the banner of social prescribing, I’ve seen huge improvements in their mental health where patients have developed confidence, they’ve developed networks, made new friends and developed communities to help support them in ways they wouldn’t have imagined.’

Covid-19 presented huge challenges, not least to delivery, but was also an opportunity to increase digital literacy and for artists to learn how to deliver their work remotely.

Participants said that the projects enabled them to stay active and feel connected during a very difficult period and many discovered new skills and interests.

Made by Mortals measured participants’ wellbeing using a mental health and wellbeing scale (Warwick-Edinburgh, Tennant et al.2007) and told us that 100% of participants reported feeling less lonely, 100% felt they had gained new skills and 82% felt they had made new connections with others.

The Creative Wellbeing Tameside Network has forged new connections between organisations and groups with the cultural sector and also created a local bridge between culture and health.

The microgrants directly supported the delivery of creative health projects, fostered new partnerships and enabled voluntary sector organisations to work with the arts for the first time. 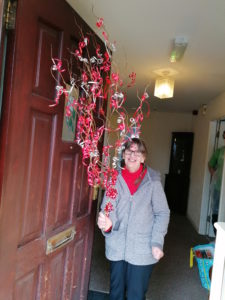 The network has universal buy-in from the local cultural sector and continues to work closely with the voluntary and health sectors. It will continue with support from the Local Authority and is a core asset in the development of Tameside’s cultural strategy and its place based working.

As Tameside continues to grow its social prescribing offer, a small but growing network of creative organisations and individuals are now equipped to deliver a creative health service for local people.

‘I was quite ill for a long time… and the doctor said, there’s different ways of dealing with this kind of stuff Debbie, there’s not just pills. He said to me, what do you like doing and I said, going to the theatre, and I went from being in a doctor’s office to going down on the bus to Manchester and going into the theatre. I now prescribe to others to come down to the theatre.’

Whilst the pandemic caused delays to project delivery, it also enabled us to have slower, more meaningful conversations, to understand local issues and embed some real change. Giving time for relationships to grow meant that practitioners developed a rich understanding of each other’s work and effective partnerships came as a result.

We set out to work in an area with a vibrant voluntary sector and a largely informal cultural sector and this was more of a challenge than we envisaged. Freelancers and community groups have few resources and it is difficult to carve out time for professional development when an

organisation is living hand-to-mouth. If we were to run this project again, we would first work with a locality with more of a balance between sectors or secure a much larger budget.

Tameside now has its own creative health network and a collective lobbying voice for inclusion in recovery initiatives across the borough.

Individual organisations now see themselves as part of a ‘cultural ecology’ and the new partnerships and collaborations resulting from this are already resulting in more successful funding applications for local activity.

A short film for health professionals, exploring the positive impacts of including creative activities as part of a social prescribing scheme in Tameside, featuring a GP, groups providing destination activities and participants who have benefited from the scheme.

A short film for people who want to know more about creative social prescribing and exploring the benefits to your health and wellbeing of taking part in creative activities.

‘I am proud of what the people of Creative Wellbeing Tameside Network have achieved working together. They have greatly impressed me with their resilience and commitment to this work, summed up beautifully by one member when asked how they would describe Tameside creatives: “all passion and no parachutes.’

Back to Culture, Health and Wellbeing