Greater Manchester Libraries and KIT Theatre collaborated to make every library across the area autism inclusive and to increase the number of autistic children, young people and adults who access libraries as cultural and social spaces.

After talking to young people, support organisations and families, library staff undertook a bespoke training package. KIT Theatre were then commissioned to co-create The Puzzle Box: a touring escape room experience in collaboration with young people and an emerging, autistic theatre maker.

Consultation across all 10 boroughs of Greater Manchester with autistic adults and young people, parents, families and stakeholders informed the project design.

Our main finding was that there was a perception gap acting as a barrier to autistic young people and their families visiting libraries. People talked about the worry of being in unsuitable surroundings, resulting in difficult experiences.

There was a perception of the library as a sensory challenge space because of poor lighting, lack of noise or too much noise, or being too visually busy. People also felt that activities were often at the wrong time or “not for them”.

For autistic people who did access libraries, they enjoyed their experiences and these visits were often part of a weekly routine. They recognised that libraries were not just a resource for borrowing books, but a social space in their local community. Library staff were praised for their willingness to help, learn and understand the needs of autistic people.

Our research suggested that libraries needed to promote their offer more widely to encourage autistic people to be regular library users; develop relationships with local special schools and autistic user groups; connect via social media; actively articulate themselves as autism inclusive spaces and develop activities for older teens and adults, particularly in the evenings and at weekends. 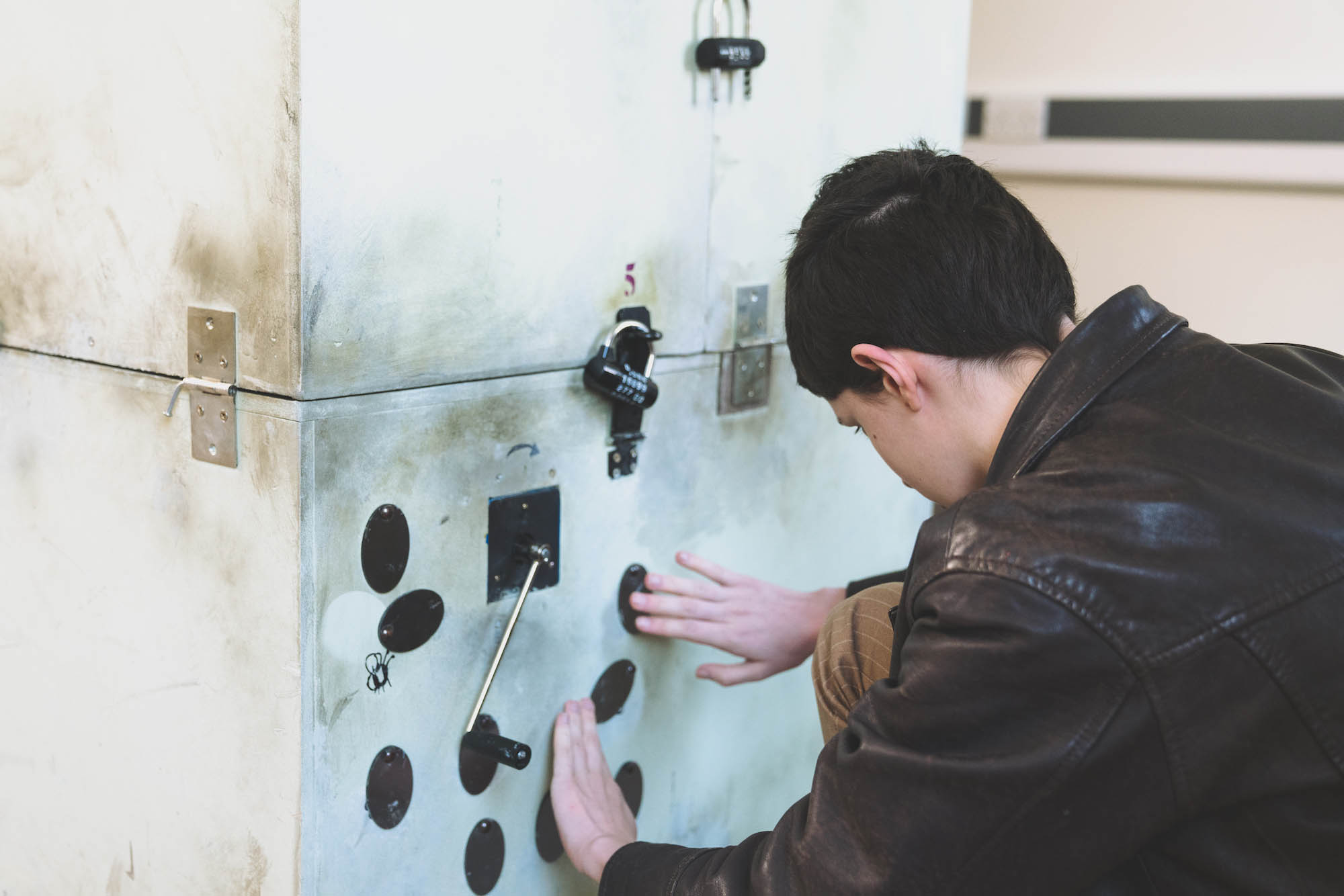 ‘It’s not just about not being able to cope with people and noise, it’s also so much more about the sensory environment, such as lighting, designs, patterns, blue lights on computers, noise of computers, over-illumination.’

Greater Manchester Libraries worked with specialist consultants to increase the knowledge and skills of staff and to create new pathways for autistic children, young people and adults to access libraries as cultural and social spaces.

Autism Champions were recruited in every borough to work with consultants from Autism and the Arts in developing training for library staff. Their starting point was findings from an extensive consultation which revealed that many autistic people in Greater Manchester did not know what libraries had to offer.

There was a widespread fear from parents that staff would not understand their children’s differences and that library settings would cause sensory overload.

The resulting training looked at how to create an autism inclusive physical environment, understanding the impact of sensory processing issues on engagement and then went on to explore what autistic young people want from libraries. Training was rolled out across all 10 districts in preparation for a new engagement programme.

Project research indicated that an escape room experience would be accessible and engaging to autistic, young people and that this would be attractive across genders and to a wide age range. We planned to tour to libraries across all 10 boroughs and train library staff as facilitators.

KIT Theatre were appointed to create the escape room experience and emerging theatre-maker and autistic activist Jessica Nolan, was appointed as a collaborator. Over 6 months the team worked with groups of young people to create The Puzzle Box, a test of problem solving skills, ingenuity, teamwork and creative thinking.

The Puzzle Box told the story of Manchester scientist, Dr Elizabeth Platt, an employee of the Search for Extra-Terrestrial Intelligence. Having made an important discovery about other life forms, she was making an attempt to reach out for help, from her laboratory in 1960’s USA. The experience started with a plea for help from Elizabeth, and as participants progressed through a series of challenges, The Puzzle Box opened to reveal an alien communication device which could be used by the group to save humanity. 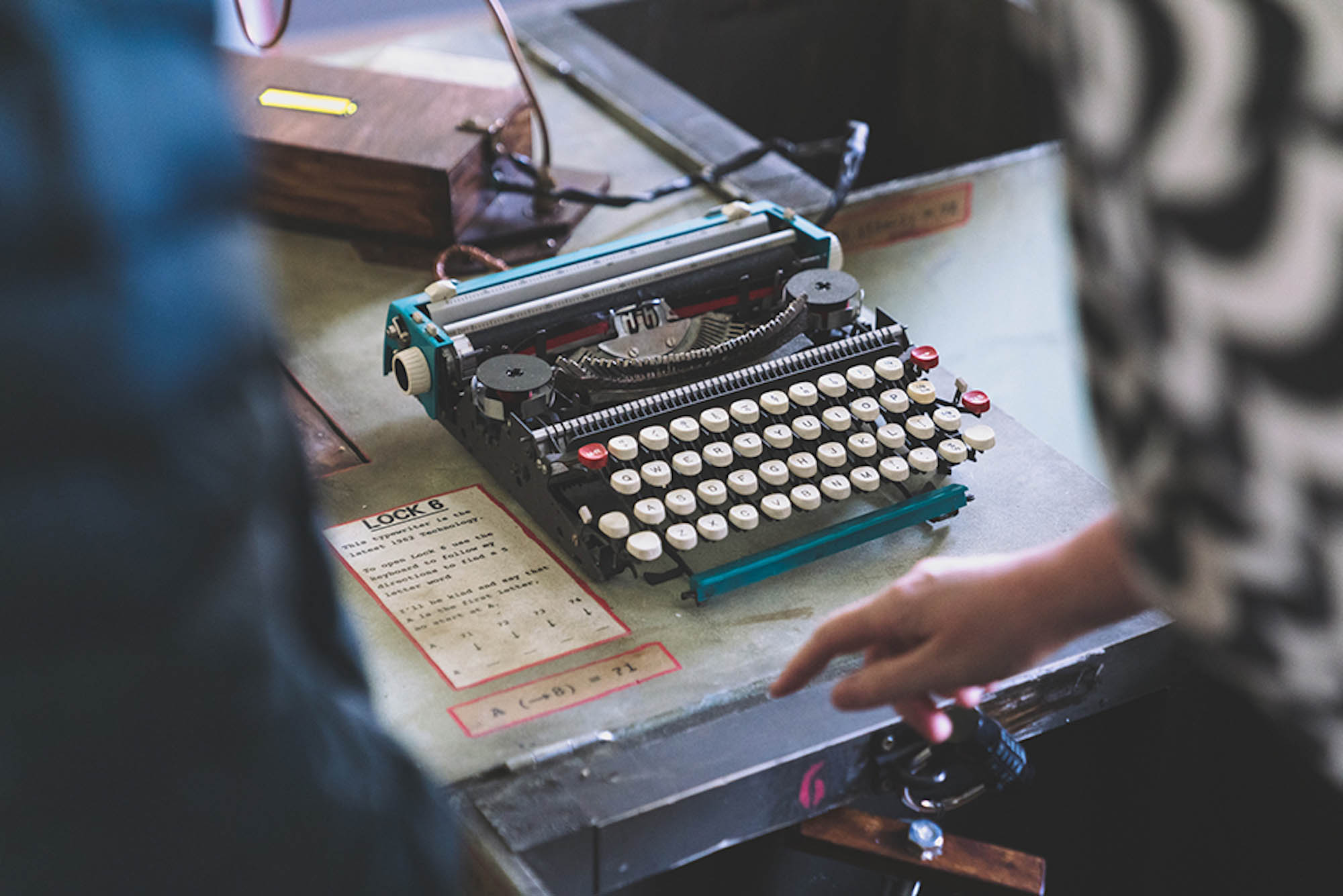 ‘I don’t usually do stuff like this,
because I never thought I would enjoy
it but I actually really liked it.’

‘The student’s enjoyed the activity
and couldn’t stop talking about it.’

The original plan was to tour libraries with The Puzzle Box across all 10 GM boroughs. However, national Covid-19 restrictions saw libraries close and a tour of schools was organised in its place. The tour was accompanied by library staff where possible and this helped them to build new relationships with local schools and students and to start conversations on future library programming.

The Puzzle Box met a real need in Greater Manchester schools; and within a week of sharing the opportunity with them, the tour was fully booked. All participating schools have subsequently asked for the project to return.

The Puzzle Box was popular with students and had a positive impact on their skills in communication, teamwork, problem solving and creativity. Both students and staff identified that the experience had challenged participants whilst feeling inclusive.

When asked to describe the best part of the experience, participants said:

The students who got the most benefit from taking part were those who were naturally shy or reserved, and just the act of being asked to read aloud as part of a task, improved students’ self-confidence. Teachers reported that they observed lasting improvements beyond the day of their participation in the activity.

When school staff were asked to describe their impressions of how students reacted during sessions, they said:

‘Students found their own way into the group dynamic and taking part. In some cases this was a little by little approach. The level of excitement of the students both before and after the experience was great.’

‘Students talked to each other when previously they didn’t communicate.’

‘The pupils had to work as a team and listen to each other to be successful.’

There were some initial concerns from schools that the project would impact on regular timetables and that this may be stressful for some pupils. However only two out of 281 participants found this an issue and didn’t go on to complete their session.

Staff at each school described how The Puzzle Box had provided well-needed respite and a moment of escapism from the stresses of learning during the pandemic.

The impact that the project had on KIT Theatre was considerable, in fact they described the impact on them as “vast”. Although KIT habitually works with children with SEND within mainstream schools, The Puzzle Box was the first project that KIT had specifically created for SEND groups. The company has subsequently decided to focus a higher percentage of annual activity on targeted work with SEND pupils.

The project has helped libraries to kick start a broader, high quality service for autistic children and young people and their families. The Puzzle Box will tour libraries across GM as soon as possible and there are plans to commission further activities to help libraries position themselves as social and cultural hubs with autistic young people.

74.6% of autistic young people said the difficulty of The Puzzle Box was ‘just right’

School staff rated students’ enjoyment of the experience an average of 4.8 out of 5. 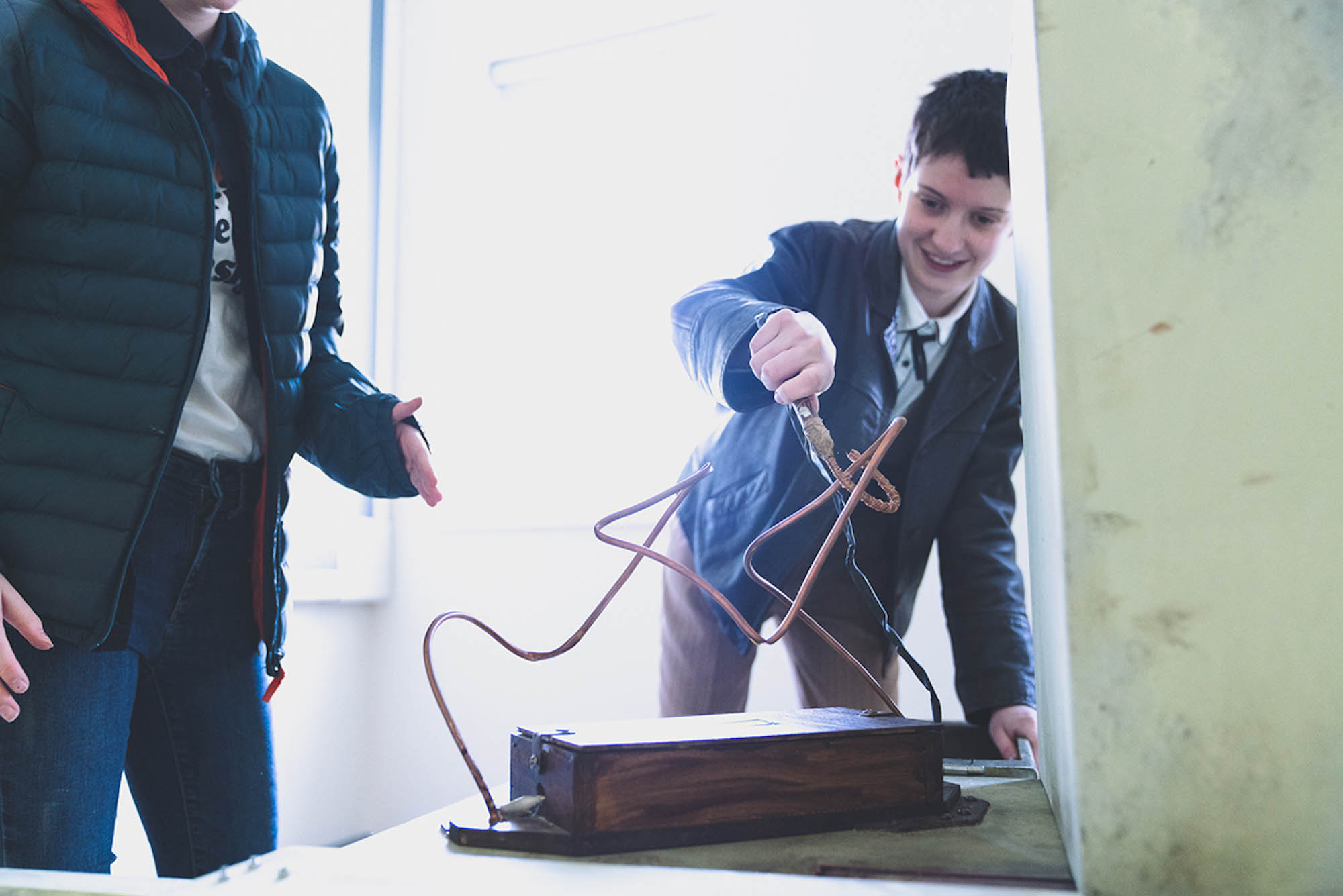 One of the key lessons is the challenge inherent in making The Puzzle Box accessible for young people with a wide range of needs. Although the project was aimed at autistic teenagers with non-specific learning difficulties, many of the young people who took part had auditory processing disorders, dyslexia, dyspraxia or dyscalculia.

‘I would usually find it difficult working in a group, however the fact that school set it up made it easier for me.’
Participant

The vast majority of students were able to access the experience with support from the facilitator, but still encountered difficulties, particularly with written documents that were used to decipher clues and learn about the backstory of The Puzzle Box.

Organisations embarking on this kind of project should take advice from educational experts so that support for additional learning can be provided. This may take the form of clues presented in different formats, including visually.

National pandemic lockdowns and the move to online also highlighted how many barriers there are in the culture sector for neurodiverse creatives.

There are many barriers to neurodiverse creatives working in the cultural sector and the Pandemic did not always make things easier. Working online was a challenge. We learned to limit the number of people online or “in a room” at any one time. We structured our sessions and kept to plan as far as we could. We identified that phone conversations were sometimes easier and adapted some of our collaborative sessions to phone calls.

With the renewed focus on neighbourhood delivery from both health services and local government, libraries are playing an increasingly central role as a connector between services and communities. Covid-19 may have interrupted this project, but it also highlighted the essential role that libraries have as information, social and cultural hubs in our communities.

There is a real demand from autistic children, young people and their families for cultural and creative opportunities. We know there is a perception gap between what libraries offer and what many autistic people think they will experience in a library and this is a barrier to engagement; Will I be patronised? Will I just be offered coding? Communication and transparency are key to overcoming these hurdles.

There is an opportunity for the cultural sector to upskill to meet this demand and this is not necessarily a complex or costly task.

All boroughs have an Autism Partnership and these groups are natural and willing partners in the development of activities and opportunities with and for their members. 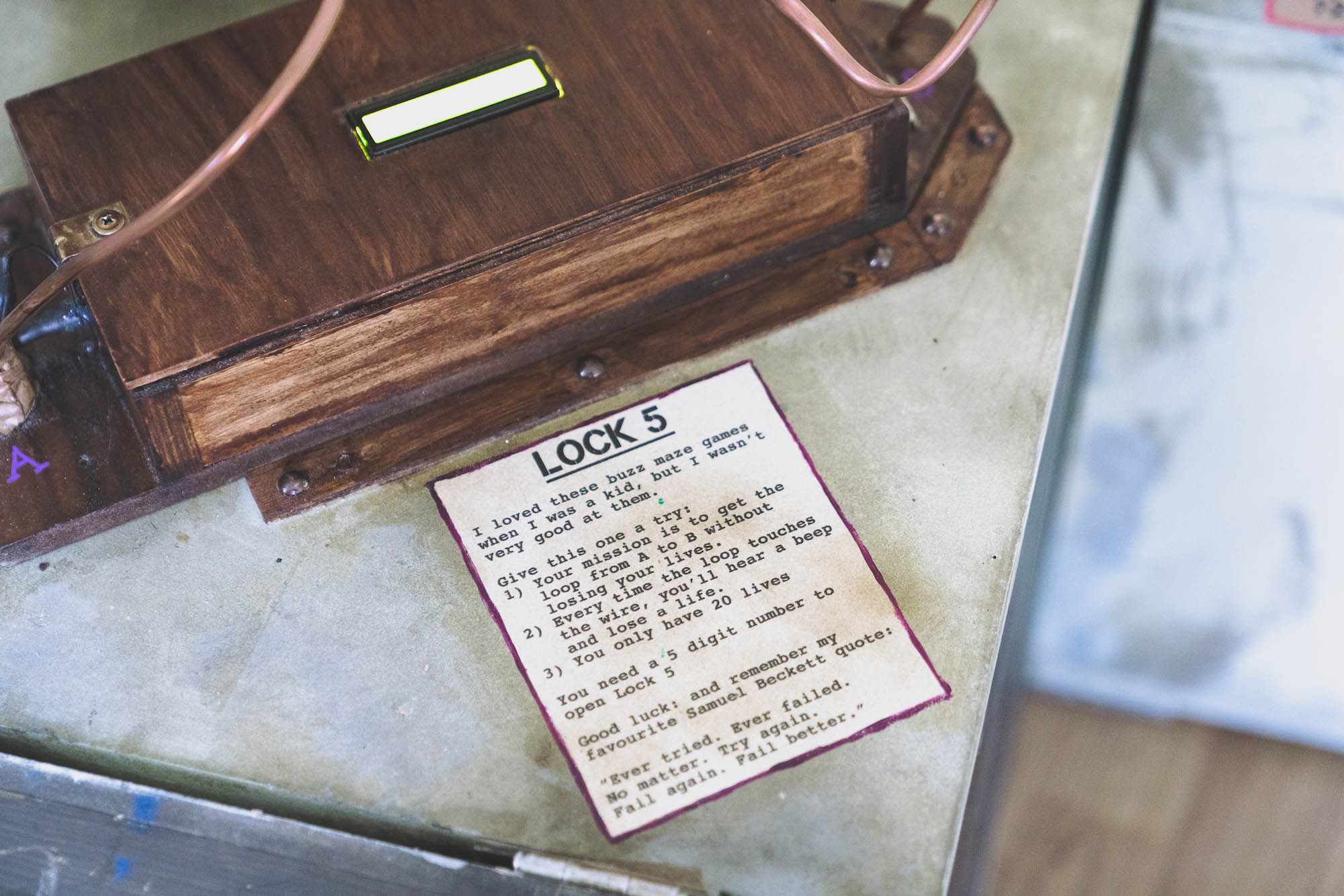 ‘The experience was fantastic and all students really enjoyed it. They were engaged and all completed the challenge.’

Back to No One Left Out